Anjolina (Ju) is a good friend of mine. I like her company so much that I will learn some new mathematics just so that we can work on stuff together. So far I have tried to learn Sam Buss' "logical flow graphs" and Alessandra Carbone's version of them. (Alessandra is another good friend that I haven't seen in a while...)

Anjolina also has her own version of logical flow graphs, they are called n-graphs. Together with young Marcela Quispe-Cruz, who's the one doing the heavy-lifting, and with Ruy de Queiroz, Ju's supervisor, collaborator and husband, Ju and I have a new paper out on "Intuitionistic n-Graphs".

It's just a beginning, we didn't do half of what we wanted to do. In particular we have not proved "normalization" of these intuitionistic n-graphs, yet. But I believe the first paper has been accepted in the Logic Journal of the IGPL, yay!

Now you may ask what the UL (University Library in Cambridge) is doing here...Geometry, I guess is the answer. Used to love the stuff, still like it lots, ought to know more about it.
Posted by Valeria at 8:57 AM No comments: 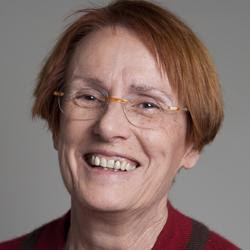 "From Quirky Case to Representing Space: Papers in Honor of Annie Zaenen" is now available free on-line at http://cslipublications.stanford.edu/site/9781575866628.shtml.
Danny Bobrow, Ron Kaplan, Tracy H. King and  I organized a symposium  on the occasion of Annie Zaenen's retirement from PARC, to honor her significant contributions to theoretical and computational linguistics over a long and distinguished career. Then Tracy  and I organized a volume collecting research papers that celebrate Annie's work. The book is just out and is  freely available, but can also be  bought from Stanford's CSLI, hooray!!!

Actually this is slightly old news (a month ago), but I had forgotten to record it here and I want to have the link to the book in a place where I can get it easily...
Posted by Valeria at 9:59 AM No comments: 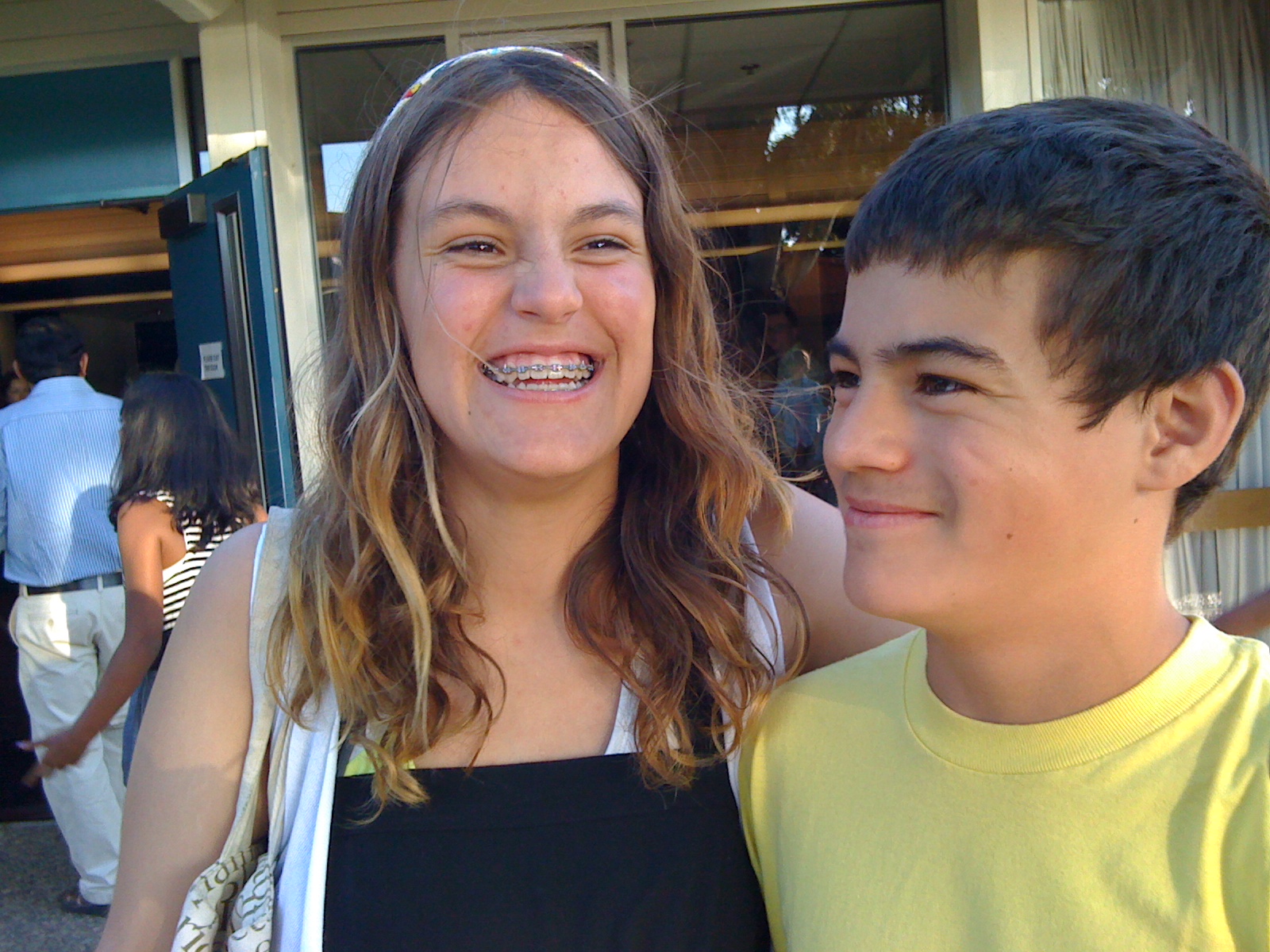 Usually I have a (sometimes hidden) connection between pictures and the contents of posts. Not today. I just like this picture of when Eric was shorter than Anna.

I'm afraid I don't remember where or when it was taken. It might be Ashland, Oregon or it might be Nottingham. UK. I had a mini-sabbatical there in 2010 for which I have not thanked my friend Natasha Alechina well enough. Another day.

Today I want to attach a short paper on nominalizations or deverbals in Portuguese. The idea was to adapt the NOMLEX lexicon to Portuguese, as a baseline for work like the one I did with Olya Gurevich, Tracy King and Dick Crouch on deverbals for knowledge representation. That paper won an award for the best student co-authored  paper in FLAIRS 2006, because Olya rocks and she was a student then.

The Portuguese deverbals paper unfortunately was rejected for a big meeting in Istanbul. I don't think it's that bad. I thought I might send it to a Brazilian AI conference, but I got talking about it to a new friend, Claudia Freitas,  and she has a much better way forward...So I hope we will sort it out properly. Meanwhile I am attaching it here so that I don't forget it.
Posted by Valeria at 3:59 AM No comments:

Cecilia Payne: fantastic astronomer that you've never heard about before? 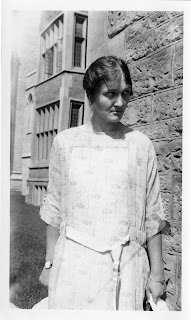 Hmm, I've had a bad day at work. I am totally fed up with the alpha males who will exclude me from the conversation and/or condescendingly talk down to me because I don't play their silly games of peeing all over the ground, to mark territory.

Maybe I should, maybe it's actually fun. Who knows?...

Anyways a bit of history might help. You can read about Cecilia Payne-Gaposchkin in the Wikipedia and in many other sites. This woman discovered that stars are made of hydrogen, wrote so in her phd thesis only to be told by astronomer Henry Norris Russell  that she was wrong.

He "dissuaded her from concluding that the composition of the Sun is different from that of the Earth, which contradicted the accepted wisdom at the time. However, he changed his mind four years later after deriving the same result by different means. After Payne was proven correct, Russell was often given the credit, although he himself acknowledged her work in his paper."

or so it  says in Wikipedia and several other places. No one has ever heard of her, there are no plaques for her, no celebrations, she was underpaid her whole life... Amazing, isn't it?
Posted by Valeria at 8:07 PM No comments: 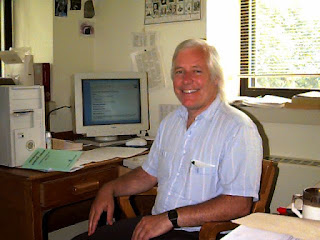 Category theory is a fairly esoteric and very small branch of Mathematics, developed in strange parts of the world, like Cambridge, UK and Sydney, Australia. OK, this was news to me when I moved to the USA in 1998, but I guess this is how it's perceived over here.

But small branch or not, category theorists have been doing a great job of having an electronic and free open access journal since 1995 TAC: Theory and Applications of Categories. This year the AMS decided to invite Bob Rosebrugh its managing editor to write about it in the appropriated titled column Scripta Manent:  written words endure. We can read about it here.

I am very proud to be one of the editors of TAC since 2004. Congrats all around, but to Bob especially!
Posted by Valeria at 2:39 PM No comments:

Where's the meeting that was cancelled? once again... 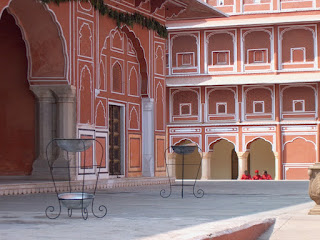 Somewhat old news: the paper with Patricia, Cleo and Annie ("Where's the meeting that was cancelled?") was accepted for the COLING workshop on Cognitive Aspects of the Lexicon as a poster. The reviewers don't seem to agree with me that inferential aspects are the main cognitive issue that the lexicon needs to address, but they found the work intriguing enough to accept it for the workshop. Good. There are lots of inferential aspects to the lexicon, we only touched some in the paper, which continues the work on Computing Relative Polarity for Textual Inference,  Context Inducing Nouns and (the recently blogged about) Simple and Phrasal Implicatives. (I  know  Lauri and/or Annie must have written about the work on inferential aspects of adjectives/adverbs, but I don't know where.) Anyway this project is big and there is lots still to do and it would be good to get  lexicographers and others excited about it.

Many thanks to my friend and collaborator Gerard de Melo for presenting the poster in Mumbai, India. There, apart from his invited tutorial, he also presented our small work together on a Brazilian Portuguese Open WordNet, which deserves a post of its own, since it's kind of stuck.

Picture of Rajhastan from my friend Sara Kalvala.
Posted by Valeria at 10:02 AM No comments: 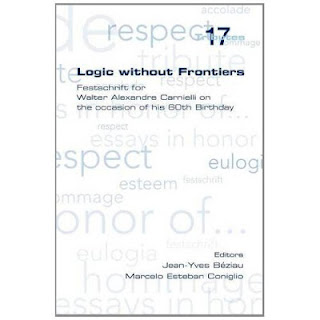 My friends are very productive. Every day I get messages from Academia.edu or ResearchGate saying that Prof X added 21 papers, Dr Y added 11, your friend Z added 14, and so on. The messages keep asking where are my papers...

Oh well, I guess I need to write them.

But there are a few that I have written and that given my password problems in Birmingham I have not been able to add to my webpage. And there are some that I've written but I don't think I closed the problem to my satisfaction. I wish I could get some young folks excited about those problems. And I wish I could get myself organized to write more. and better. After all, this is the only good thing about getting old, you can get better at doing the things you like doing. Which does not mean that you do get better, of course. But we can try...

Anyways, here is a paper written for the volume in honor of Walter Carnielli's 60th birthday. Walter is a good friend, we have not worked together so far, but one of these days we will.

This paper falls in the class of stuff not finished to my satisfaction, so I think I will write a nasty review of it, in the next blog post. It's called "Basic Constructive Modality"
Posted by Valeria at 9:13 AM No comments: 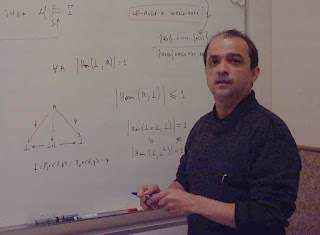 Early last year I was invited to contribute to a volume celebrating Hermann Haeusler's 50th birthday. Hermann is a good friend and collaborator of mine and it's always fun to think of stuff that we have done together.

In particular many  moons ago, when Marcelo Correa was his phd student, we wrote a paper together A Dialectica Model of State. (Correa, Haeusler and de Paiva) which appeared in CATS'96, Computing: The Australian Theory Symposium Proceedings, Melbourne, Australia, January 1996, and which we never got around to publishing in a journal.
Since I also had a phd student (Alex Tucker, in Birmingham) who did some work on this problem  but decided to quit the doctoral programme, just after getting a paper (Categorical Modelling of a State Oriented version of Linear Logic), in the Student Session of ESSLLI 1998, this seemed an ideal work to try to bring to the table as a present for Hermann.

Here's the newer version of the paper (Linear Logic Model of State Revisited), it's still very rough, I haven't had the time to make sure that I read all the good work that came after it, maybe I should try to talk about it in the BACAT meetings...
Posted by Valeria at 5:32 PM No comments:

Lauri Karttunen visited Nuance this week and gave a short (but very nice) talk about simple and phrasal implicatives.

I'm really happy  that Annie invited me to be part of the Language and Natural Reasoning group of CSLI with them.

Posted by Valeria at 8:23 AM No comments: 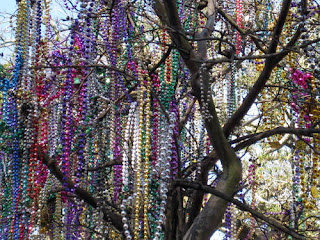 Larry Moss and myself decided to organize a workshop on Natural Language and Computer Science (NLCS) at LiCS 2013 and the workshop has been accepted, yay!!
We say the formal tools coming from logic and category theory are important in natural language semantics and in computational semantics. And that work arising from Natural Language applications has some far-reaching developments on theoretical computer science. While we both believe very much in making bridges between the usual LiCS community and the Natural Language Semantics community, we don't know how many other people think that these two groups of people have lots to say to each other. We shall see...
In any case, we know this will be a lot of fun in New Orleans!
Posted by Valeria at 6:23 PM No comments: